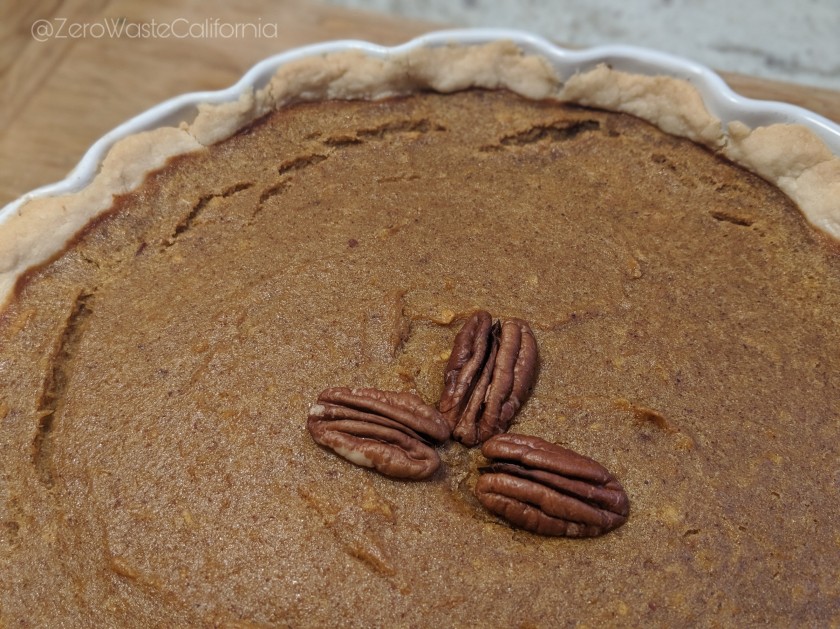 Pumpkin pie – another obvious answer to the “What do I do with this pumpkin?” problem. And even though this post is going up on Halloween, there’s a reason for it. After Halloween, pumpkins go on sale. They’re perfectly edible, nutritious, and delicious, and if they don’t get used, they’re going to be wasted.

I want to take a moment to talk about waste. Shocking, I know. I posted on a forum about using pumpkin guts to bake with, so that they didn’t go to waste. One reply was, “I compost the pumpkin guts, so they never get wasted.”

Unfortunately, this person really believes that. And I hate to burst their bubble, but that’s still pretty wasteful. Consider all the factors it took to grow a pumpkin: water, soil, nutrients – probably in the form of a fertilizer. Then it has to get transported, which costs energy, and then transported home, etc. So, even though this person didn’t throw the pumpkin guts into the trash, by not using them, and just throwing them into compost, that’s still wasteful, even though they may not landfill waste. Does that make sense? 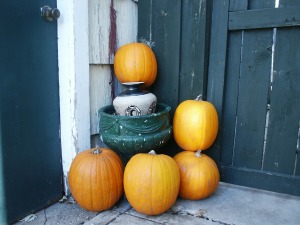 It’s like allowing produce to spoil, but justifying it because it’ll just go into the compost. You would be shocked at the amount of water it takes to grow a vegetable. So to produce something just to have it spoil and degrade into compost, is not zero waste. I’m sorry. Try to not let your food spoil. Freeze it first. You can freeze almost anything and use it for soups or smoothies later. Even herbs.

But back to the pie…

Since the crust had so much butter in it, I didn’t want to use as much in the actual pie. This recipe balanced it well.

So, of course, the first thing I did was make the pie dough. For this recipe, I modified crazy4crust.com’s all butter recipe to make it both zero waste and vegan. It was really good.

But you can also check out my older pie dough recipe which requires a few more ingredients: Vegan Pie Dough Recipe

As for the filling, I could’ve used canned pumpkin puree, but I wanted to try to make it from an actual pumpkin this time. I decided to test myself and see how much of a carving pumpkin I could actually use, and this was the first recipe that inspired the idea.

Apparently even Jack-o-Lanterns are edible, but might not be sweet enough for pies. I didn’t believe it. I wanted to see for myself. I’m glad I did. Internet: you wrong. 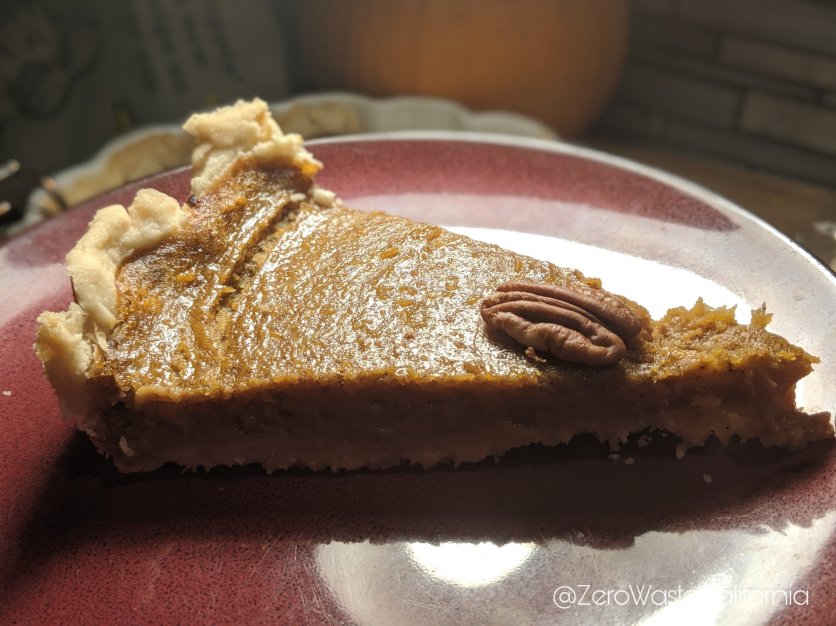 Okay, I didn’t have cloves, but it still tasted good. Use what you have, it’ll be great.

In a large mixing bowl, stir together all ingredients until smooth and creamy.

Pour into prepared dish with pie crust and gently shake the dish a bit to level out the mixture. 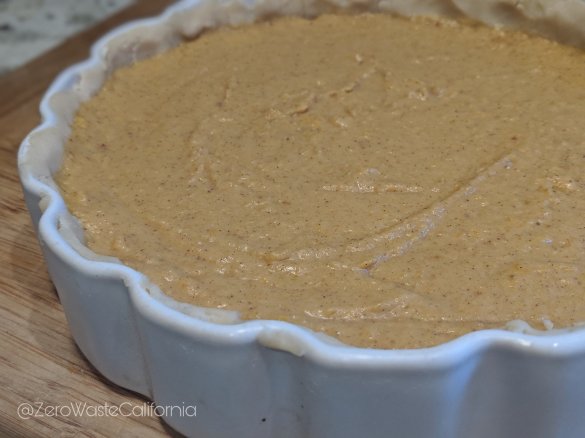 Bake on the center rack for about 60 minutes. The top should be firm, not wobbly, with a slight browning on the edge of the pie.

The pie will continue to solidify as it cools. Wait at least thirty minutes, then serve and enjoy 🙂