Is recycling going to become a thing of the past? It looks like it could be a definite possibility in the very near future. And this isn’t a good thing. 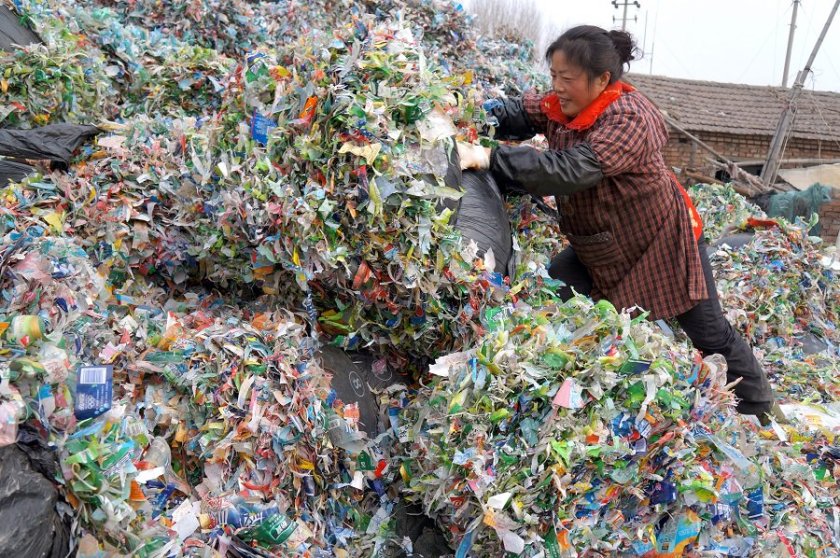 Zero wasters have often talked about the R’s of zero waste. There are many Rs, and the list seems to grow: refill, reuse, reduce, rot, repair…… different zero waste groups have different versions and different orders, but at the very bottom of each list is recycling. Aside from throwing your refuse in the trash to be landfilled, recycling was only a slightly better solution.

Why? Because recycling is energy intensive, requires water to process, but really… it usually doesn’t get done. What I mean is, the U.S. has been shipping its recycling overseas for years. In fact, China was once importing 1/3rd of all U.S. recyclables.

But last year, China banned further imports of recyclable solid waste from the United States. As a result, recycling facilities in the U.S. have been piling up, and it has become a sustainability crisis.

Last year in the Pacific Northwest alone, 2,000 tons of paper meant to be recycled went to landfill. This is a tragedy, and this is just another reason why recycling is not a viable option.

Having the ability to recycle items perpetuates the single-use culture, where buying a plastic Dasani water bottle is okay, “because it’s going to be recycled.” Well, now there’s a very good chance it won’t be.

On top of that, cities are now raising the prices on recycling fees, which will likely have a caustic environmental impact.

Recycling cannot realistically be an option for zero waste lifestyles. As the recycling crisis continues to grow nationally, we cannot be sure what items tossed into the recycle bin will actually be re-processed and not just dumped into landfill. However, if you are carrying reusable containers, avoiding single-use items should not be too difficult.

How to start the zero waste lifestyle