To me, a regime doesn’t necessarily have to be an “official” government, it can be any group or power that imposes an authoritative system over a people. This is why I believe that the fossil fuel industry is a regime.

We, the people, united by a common bond or enemy, have the capacity  to overthrow any corrupt power. History has proven this time and time again:

Mild mannered scientist Rachel Carson dedicated her life to studying biology and in her research, discovered that DDT, a chemical compound used for pest control, was killing birds and harming humans. In her beautifully written work, Silent Spring, Carson managed to change public policy and opinion, during an era were female professionals were often discredited simply due to their gender. Amid constant backlash and accusations, Carson stood by her research, and today she is considered the matriarch of the modern Environmental Movement.

“The more clearly we can focus our attention on the wonders and realities of the universe about us, the less taste we shall have for destruction.”   -Rachel Carson

Sophie Scholl was a German-born revolutionary and  founder of the non-violent anti-Nazi resistance group, “The White Rose.” Through leaflets and graffiti campaigns, this organization advocated for Germans to resist the Nazi regime. Tragically, this brave martyr was caught in 1943 and publicly decapitated. However, her contribution to the allied war effort was monumental, as copies of her flyers which were later titled “The Manifesto of the Students of Munich” were leaked out of Germany, where they ended up in the hands of the allied army, and air dropped over Germany for citizens to read until the war ended.  (Source)

Nwanyeruwa is a relatively unheard name, but she was and Igbo woman of Nigeria who sparked a war with the most powerful empire in the world at the time, Great Britain. This is cited as being the first major challenge to the British empire by a West African tribe. The protests began when a British official began to tax the women for their livestock, and Nwanyeruwa rallied 25,000 women to rally against these new demands. The result? The British dropped the taxation policy forced the resignation of many Warrant Chiefs, who were British officers with previously unrestricted powers. (Source)

In an era where Japanese women had less rights that cattle, Fukuda Hideko founded the journal, Women of the World (Sekai fujin), which was designed to get women involved in international affairs and according to Fukuda, “find women’s talent and vocation and to inspire women to join a reform movement based on their natural talent.” Fukuda was arrested in 1885 for her involvement in the Osaka Incident, which was designed to spark a revolution and promote Korean independence from Japanese imperialism.  A socialist, Fukuda believed in equal rights for men and women, and is considered one of the frontrunners responsible with establishing the Japanese Feminist Movement.  (Source: Hane, Mikiso. 1988. Reflections on the Way to the Gallows: Rebel Women in Prewar Japan. Berkeley: University of California Press.)

“My object was to teach women to become independent and self-sufficient so that they would cease being slaves to men.” -Fukuda Hideko, in Reflections on the Way to the Gallows

Lillian Bilocca and Yvonne Blenkinsop speaking to the press in February 1968. Source: hulldailymail.co.uk

The fishing industry has a notorious reputation for being dangerous, and in the 1960s, English fisherman working in the North Sea had little safety regulations in place. Fisherman were going missing, some ships did not have radio boards on as late as 1968. Fishermen were unable to protest, they had no unions or worker protection, and complaining often meant being fired. Fisherman’s wives, however, took issue. Women like Lillian “Big Lil” Bilocca  and Yvonne Blenkinson (pictured above) began to protest. Often seen wearing headscarfs, this group became known as the Headscarf Revolutionaries, and began picketing fishing ports and lobbying government ministries. in 3 days, Bilocca collected over 10,000 signatures of petition. After a four hour litigation, the industry met their women’s demands: radio were now required on all ships, ships would be fully crewed and a secondary ship with medical supplies would always accompany the ship. In short, in just a few days, the Headscarf Revolutionaries had accomplished more for fisherman protection than men had in over a century.  (Source)

“I’ve always been concerned, but I never had the guts to do anything about it. But now its time that someone did. Not next year or the year after. Now.”  – Lillian “Big Lil” Bilocca

Do you hav a favorite time period where the people overthrow a corrupt regime? History is full of these events, yet in 2019, society seems paralyzed to make the changes necessary to secure the future of life on Earth. 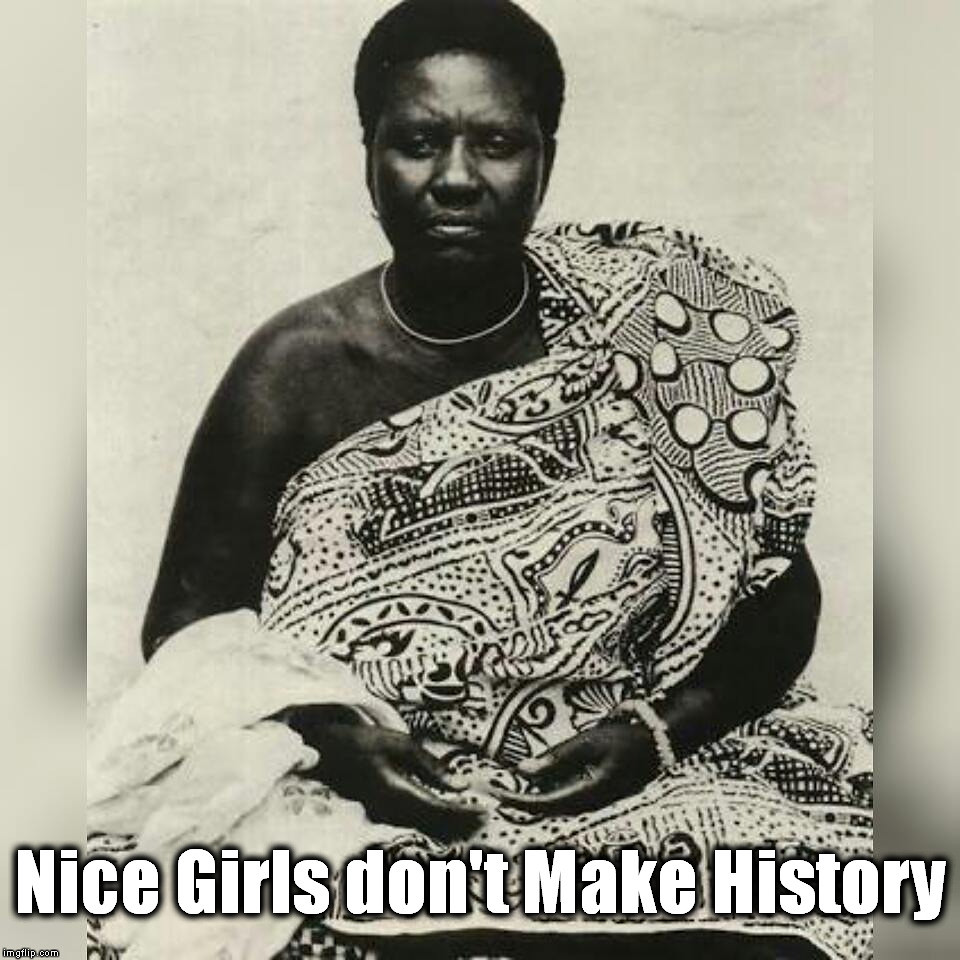